Users of smart phones have now progressed to the next level of entertainment – the lighter virtual reality glasses wholesale or VR glasses that are similar in their function to the erstwhile 3D goggles. These virtual glasses now come with great interactivity scope since they include video, head tracking and audio. We are 3D video glasses, vr headset wholesale dealers, importers, suppliers based in Mumbai India. 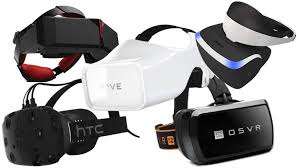 Till now, the entertainment within the smart phones has been restricted to the standard 2D experience, albeit with much better visual and audio clarity than ever before. Users are enjoying HD movies on their big smart phone screens and cannot get enough of it. However, the advent of virtual reality glasses will change all this very quickly, it appears.

The images you can see through them convey depth and when a user has the head tracking system incorporated in the glasses, he is able to experience 3D visual depth, taking him closest to virtual reality. The tracking system maps the movement of the wearer in order to adjust the way in which the images appear. So with each movement of the head or walking in a direction, the user sees a different action.That happens because the system is linked to the computer which presents to the wearer a very realistic perception depth. The wearer actually sees two images that are separate but which the brain merges into one. This combined with enhanced audio and video delivers the virtual reality experience to the user. It is the accuracy of tracking which determines the continuity of illusion, failing which it can break down.

We can provide you with the latest virtual reality glasses wholesale, being the distributors of these devices in Mumbai.

Memory cards are used for various purposes like storage, transfer and management of data.

There are various types of memory cards like SD cards, Multimedia cards, SmartMedia and many more with each having their own specifications. Memory cards occur in various brands and varieties. They can be used with a variety of devices based on the compatibility. Bulk Loose and branded variety is our forte.

We are Sony pen drive wholesalers, suppliers and dealers in India and in Mumbai.

SanDisk presents a range of pen drives starting from simple low-end pen drives to high-end professional USB pen drives. In each type, the storage space and other features vary.

High-end pen drives possess ample storage space and can be used to store and transfer high resolution images and videos. Some drives provide access to cloud storage service while some models enable auto backup of data.

Pen drives of various brands and designs are available in Indian markets today.

Companies like Sony, Toshiba, SanDisk and many others have come up with innovative features in pen drives. Certain designs are meant for personal use while some are designed exclusively for professional use. The latest USB drives provide more storage space, high speed data transfer and compatibility with various devices and platforms.

Transcend is a well known brand for pen drives. Transcend has introduced pen drives of varying range and capacities. The storage capacity ranges from 4 to 32 GB.

There are various types like Classic, Endurance, Capless, Luxury and Rugged, with each type having distinctive features like storage, data management, and design and transfer rate.